Commercial Sewing released the new tower anti-pooling system mooring cover (TAPS II) in mid-2017 and is currently being used on over 40 models of our customers’ boats with towers. The success of this cover is growing due to the ability to hold the proper tension while trailering at high speeds as well as during long-term in variable climates storage. The combination of fabric design, tight pattern fit, ratchet tensioning and suspension pulley system together create an innovative cover solution that Commercial Sewing is applying to mooring covers for many of their customers.

Another major feature of the TAPS II cover is the VacuHold vents that lessen the stress on both the cover and boat during long distance trailering.

TAPS II (with no poles), is intended for trips of less than approximately 1 hour and at a max speed of 70mph.

The fabric design choice made by Commercial Sewing minimizes weight while adding strength & stability to accommodate a necessary tight fit. The surface tension, as well as the fabric’s water repellency, allows water to easily bead up and run off. In all cases, the durability of the fabric is very dependent on the environment & use the cover experiences. Commercial Sewing has an in-house laboratory that tests their fabrics on many dimensions such as ultraviolet resistance, tensile & tear strength, water repellency, hydrostatic pressure, and extreme temperatures.

The features of the TAPS II cover all work in concert to provide an easy to install cover with the highest level of durability water repellency to protect your boat.

Outer Armor’s Vacu-Hold® system is a unique, patented design that enables a covered craft to be trailered at highway speeds… WITH NO HOLD-DOWN STRAPS!! A unique vacuum/vent is incorporated onto the cover. When the covered craft is trailered, a negative pressure is created, keeping the cover tightly in place. There’s no billowing, whipping, or buffeting preventing damage to the craft while prolonging the life of the cover.

For Nautique Boat Company Inc. our challenge was to create a bimini top to obtain the “broadest coverage possible”. The design also had to accommodate the unique projection of the top and adjust how it would be stowed when not in use. The result was a very stylish and strong “Bi-Fold” design allowing the left & right side of the top to fold into the center. Patent pending. 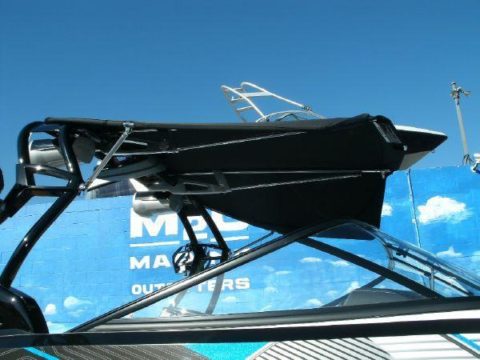 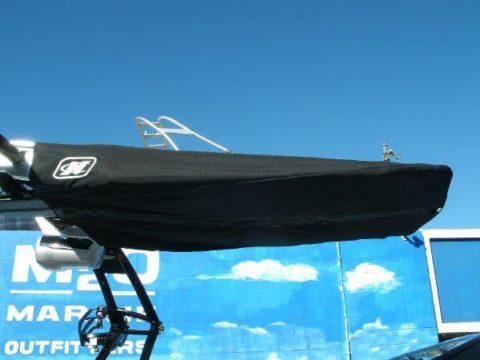 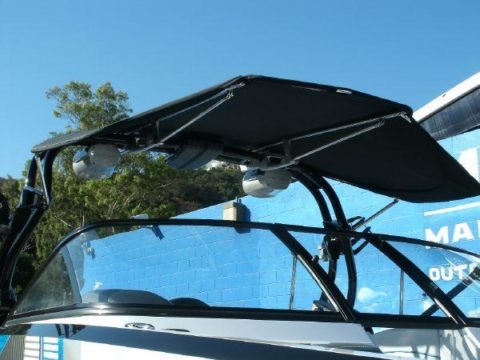 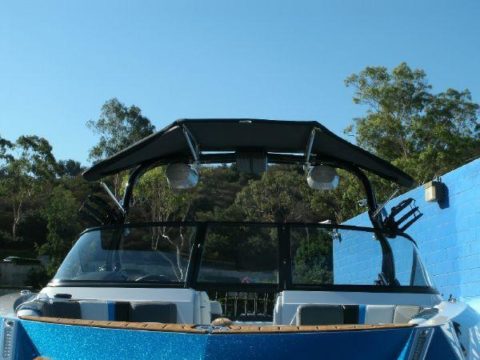 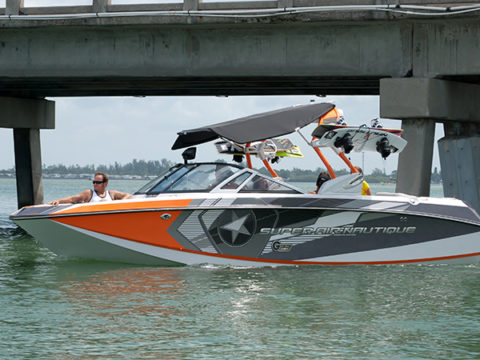 For Malibu Boats LLC we designed the same look and coverage as their previous Bimini but improved the functionality to make it easier to open, close & stow. The folding/sliding design simplifies all functionality and is very strong and innovative. Patent Pending.